The U.S. Consumer Product Safety Commission’s annual submersion and entrapment report came with positive progress this year: the number of reported fatal child drownings in swimming pools involving children younger than 5—the most vulnerable population—has decreased 17 percent nationwide since 2010, the year the Pool Safely campaign was started. The latest data also shows that in 2014, there were 346 reported fatal child drownings in pools and spas involving children younger than 15, compared to 397 reported fatal drownings in 2010—a 13 percent decrease.These decreases are a result of the tireless work the entire water safety community is doing to stem the tide of fatal drownings.

This is encouraging news, but there is still more work to do. The majority of those nearly 350 fatal incidents (77 percent) involved children under the age of 5; drowning remains the #1 unintentional cause of death for children in the United States ages 1-4. For children younger than 15 years old, more than two-thirds (68 percent) of the reported fatal drowning victims were boys. In addition, an estimated average of 5,900 children younger than 15 were taken to the emergency room with injuries from a nonfatal drowning incident. Residential locations dominated incident reports.

Pool Safely released this data as a warning to parents ahead of Memorial Day weekend – the unofficial start of summer and swim season. 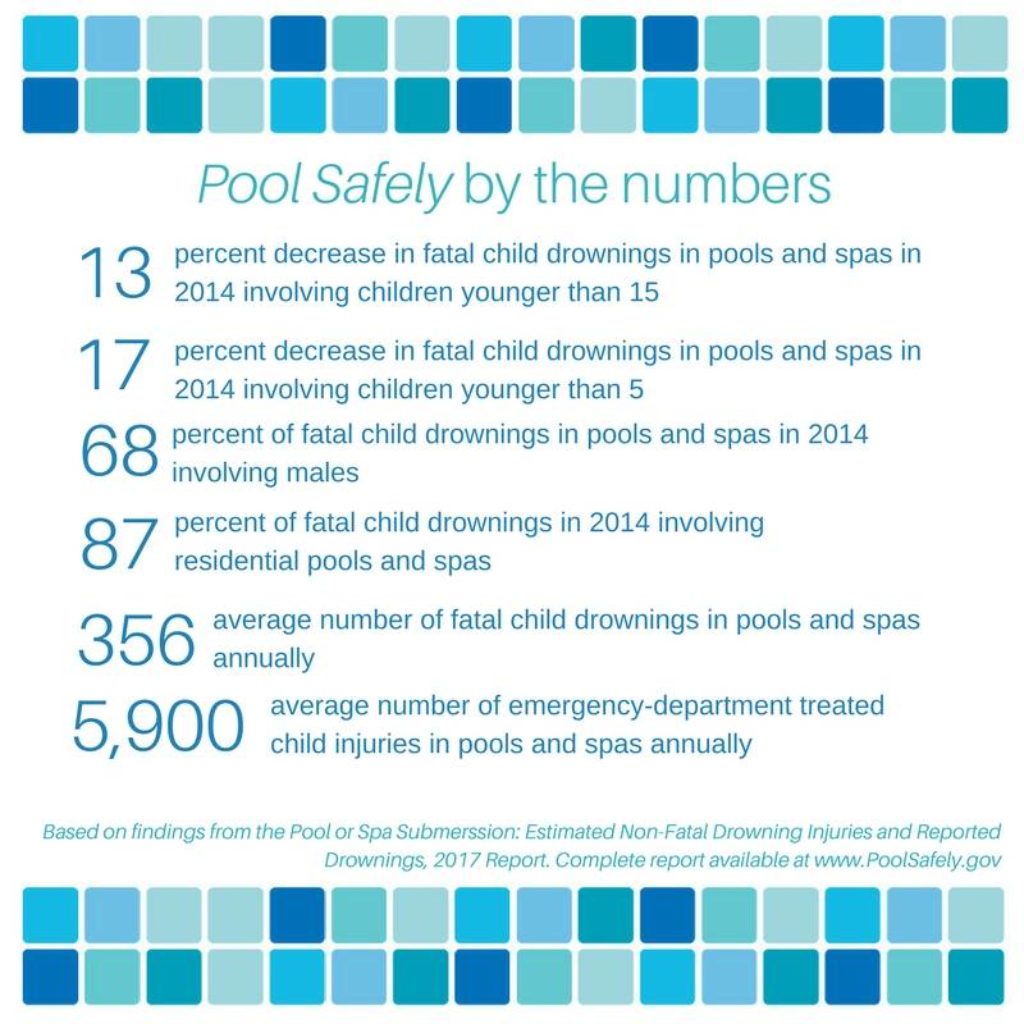 In light of this information, we recommend parents and families review Pool Safely’s safety tips before going in or around the water to ensure a safer and happy summer!